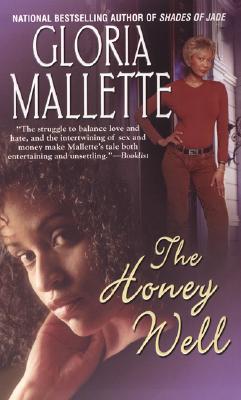 Money has put Arnell Rayford's mother, Esther, exactly where she's always wanted to be. Ensconced in the Victorian mansion where her own mother once worked as a housekeeper, she's running a thriving business that's surely making the previous owner turn in her grave. For Esther, money is the root of all happiness, and nothing and no one will stand in the way of her making it--not even her only child.

While some may call Esther's live-in employees prostitutes, she prefers to call them ladies of charm--or tenants, if the police come sniffing around. There are no laws against renting out rooms, after all. Of course, there are laws against prostituting one's own underage daughter. It's a devastating secret Arnell and Esther have kept for years--years that have brought them far from the poverty they suffered after Arnell's father died.

But Esther's greed simply replaces one kind of suffering with another. No amount of money can make up for the trauma and shame she's forced upon her daughter. Esther calls the jobs "favors," but Arnell recognizes them for what they are: demands couched in blackmail.

Now that Arnell is engaged to a pillar of the community, Esther's latest favor may well send her over the edge--but she won't be going alone. Because while Esther is holding her daughter's past overhead, her own life is coming back to haunt her--a life where the lines between love and hate, parent and child, sex, profit--and even murder--have been irreparably, dangerously blurred...
Reviews from Goodreads.com