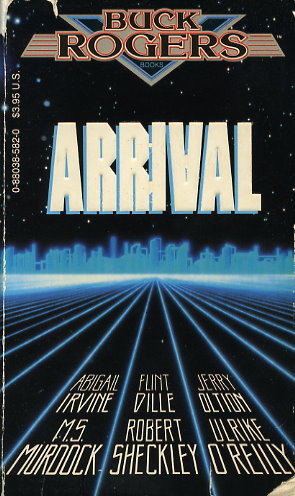 A.D. 1995 An American pilot flies a suicide mission against an enemy Space Defense Platform to save the world from nuclear war. Anthony "Buck" Rogers blasts his target and vanishes in a fiery blaze of glory.

A.D. 2456 The legend of Buck Rogers lives on in a colonized Solar System where Earth is a polluted ruin whose meager resources are exploited by an evil corporation from Mars. Now all that stands between Earth and destruction is a small band of freedom fighters. Some call them terrorists. They call themselves NEO, the New Earth Organization.

In the midst of this 25th century battlefield an artifact is discovered in the Asteroid Belt--one that is valuable enough to ignite a revolution, be a bargaining chip in solar diplomacy, or bring a fortune to its owner.

The "artifact" is none other than the perfectly preserved body of the 20th century hero, Buck Rogers. Everyone wants it. But no one knows its secret.