The Home She Wished for — Kimberly Cates 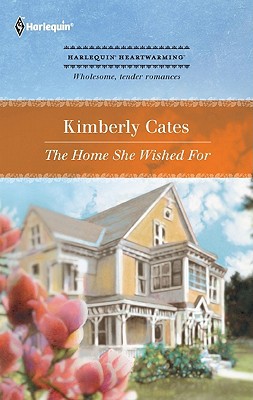 Finnoula O'Grady had never had a home

Growing up in foster care, Finn had spent her childhood longing for a house with a white picket fence. Years later her dreams came true when she bought the run-down March Winds. But someone else was in love with her house, too -- young Emma, the lonely niece of her next-door neighbor Cade McDaniel.

Cade knew nothing about being a single parent. The only loving and caring he'd ever done were for the old houses he restored for a living. But there was no denying that Finn's arrival had him feeling more attentive than usual. And when Emma finds a child's 150-year-old diary, they unearth a story that brings these three wounded souls together and begins to change March Winds from just a house...into a home.