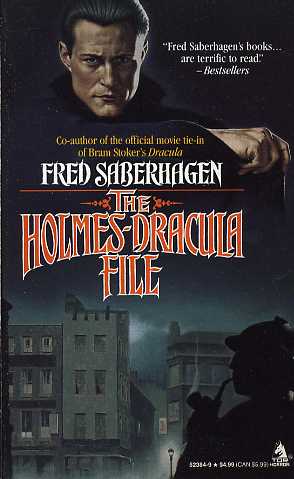 And none stranger than that between Sherlock Holmes and Count Dracula.

Holmes confronts a pair of impossible problems: a ring of criminal masterminds threatening to loose thousands of plague-infested rats into the streets of London and a bizarre killer who leaves a trail of bloodless corpses... and no other clues....

Dracula holds the key to both mysteries. Returned to London on a personal matter, the Count is quickly entangled in a web of evil that even his undead powers may not be enough to breach.

Here are the secrets of THE HOLMES-DRACULA FILE
Reviews from Goodreads.com