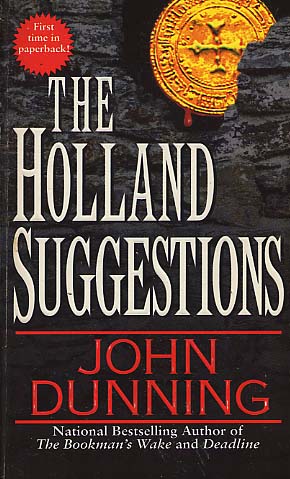 Jim Ryan, the single father of a teenage girl, has a lot to live for. But something vital is missing from his life--a lost piece of his past, which haunts his dreams and robs him of sleep. When an anonymous delivery lands on his desk--a mysterious photograph of a distant mountain trail-he finds in its dim shadows the key to the Pandora's box of his own memory. And it lures him on a terrifying journey toward the shocking truth about the mother of his daughter... about himself ... and about a past experiment in terror. As a legacy of betrayal and murder spirals out of control, Jim Ryan is edging closer and closer to the hypnotic and destructive power of THE HOLLAND SUGGESTIONS
Reviews from Goodreads.com