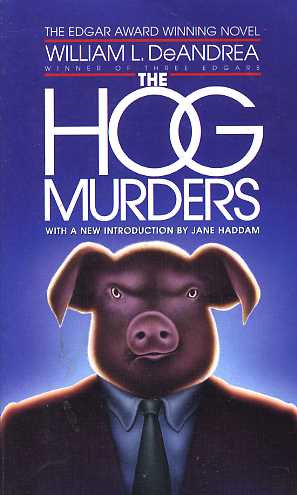 TO COMMIT THE IMPOSSIBLE CRIME

The little town of Sparta, New York has been having a hellish winter. Certainly it's not the record snowfall or the. Arctic temperatures that are making things hot. What's got the local police in a sweat is a series of seemingly unrelated but violent deaths that are visited upon the residents of this otherwise peaceful community.

Well, maybe not so unrelated. For after each killing, the local newspaper receives a note, megalomaniacally taunting the cops, signed by a swinish murderer whose signature reads "HOG".

The town council knows that great crimes require great detectives and sends for the world-renowned criminologist, Professor Nicolo Benedetti, who knows all about murderers as well as megalomania, and whose closeness with finances is only exceeded by his expansiveness of intellect.

Here then is the Edgar-winning debut of the blessed professor in a modern classic of impossible crime.
Reviews from Goodreads.com