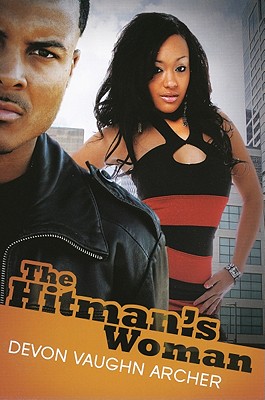 Beverly Holland loves being spoiled by Eric Fox, a wealthy man who's twenty years her senior, but she's frustrated with her sex life. So, she picks up Dante, a sexy stranger, at a hotel bar. It's supposed to be a one-time thing, but Beverly finds herself unable to break away from the sexual chemistry that blazes between them. What she doesn't know is that Eric has been lying about his real profession, and the two men in her life are bonded in a dark and dangerous way.

Journalist Dante Sheldon came to Detroit for one reason: to avenge the murder of his brother, Russell. Dante wants to see that justice is served by evening the score. What he didn't count on was being seduced by a beautiful woman he can't seem to get enough of. He's thrown for a loop when he discovers that his lover is in fact the hitman's woman.

Eric has never had trouble separating his work as a hitman from his personal life with the gorgeous young Beverly. Those two worlds collide when he meets Dante in a pool hall and takes a liking to him. Little does he know he's just invited his enemy into his home.

The Hitman's Woman is a combustible mix of lust, lies, wealth, infidelity, betrayal, murder, and revenge.
Reviews from Goodreads.com