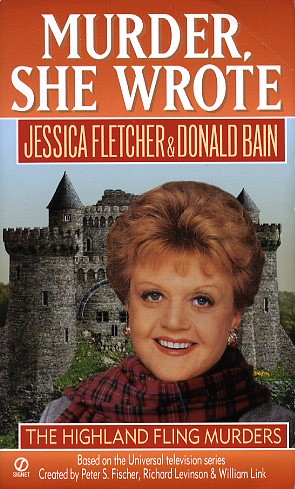 A SLAYING IN SCOTLAND

Jessica Fletcher and a group of her friends from Cabot Cove, Maine, take off for the British Isles and end up at a castle in Scotland. It would be a great vacation -- except for the ghost. And the murders.

Scotland's most celebrated witch, executed long ago with a pitchfork through her heart, is said to haunt Inspector George Sutherland's family castle in the village of Wick. It's an intriguing tale and after a British book tour, Jessica accepts Sutherland's invitation to bring her Cabot Cove friends to the heather-covered Highlands. Indeed, after "roamin' in the gloamin'" with the handsome inspector, she spots a spectral woman in white in the gloomy castle. But Jessica's blood runs cold when she later finds a local lass executed in the same way as the legendary witch. Something is very vile in Wick. It's a castle of evil, greed, and murder that pits Jessica Fletcher against a killer from this world -- or maybe the next.
Reviews from Goodreads.com 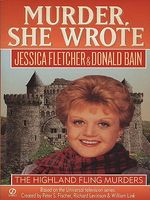