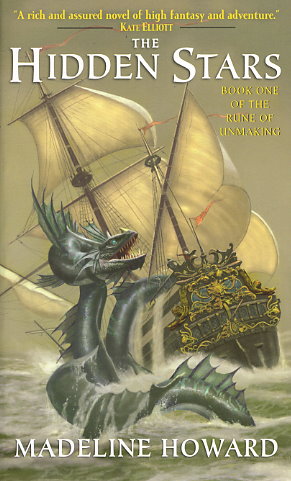 More than a century ago, the cataclysmic struggle between the wizards and the mages ended in their mutual destruction -- leveling great cities and reducing grand palaces to dust. From the vast graveyard that remained, the Empress Ouriana rose up to proclaim herself the Divine Incarnation of the Devouring Moon -- ruling her wasted realm with the blackest sorcery; turning her priests from men to monsters and setting them loose to enslave or destroy all who would oppose her.

But now signs and portents hint of a champion -- a young girl, hidden and talented, who is destined to end Ouriana's terrible reign. And now a brave band of heroes must locate their savior princess -- even if it means being pursued to the ends of the world by the withering fury of the dark goddess herself.
Reviews from Goodreads.com