The Herring in the Library — L.C. Tyler 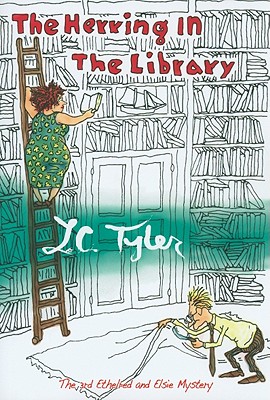 Ethelred and Elsie are an unlikely duo: He's a deeply mediocre mystery writer (first encountered in the Edgar-nominated The Herring Seller's Apprentice), and she's his deeply nosy, chocolate-chomping agent. And yet they are stuck with one another, if only because their combined sleuthing abilities are much more impressive than anything either one of them can come up with alone.

Tonight's agenda: Dinner with Ethelred's pal “Shagger” Muntham and his titled wife. Elsie may not be overly fond of the Shag, but she wasn't exactly hoping someone would murder him in the library of his own stately home. However, now that someone has done the dastardly deed, would it kill Ethelred to take a little interest, show a little Sherlockian spirit for once?