The Hero and the Crown — Robin McKinley 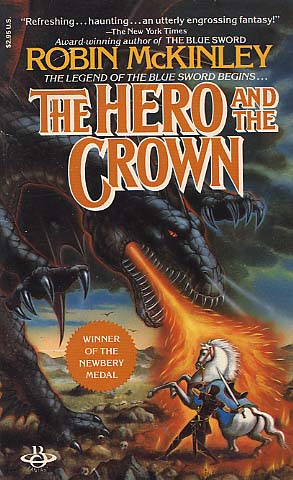 AERIN COULD NOT REMEMBER A TIME WHEN SHE HAD NOT KNOWN THE STORY; SHE HAD GROWN UP KNOWING IT.

It was the story of her mother, the witchwoman who enspelled the king into marrying her, to get an heir that would rule Damar; and it was told that she turned her face to the wall and died of despair when she found she had borne a daughter instead of a son.

Aerin was that daughter.

But there was more of the story yet to be told; Aerin's destiny was greater than even she had dreamed--for she was to be the true hero who would wield the power of the Blue Sword ...
Reviews from Goodreads.com