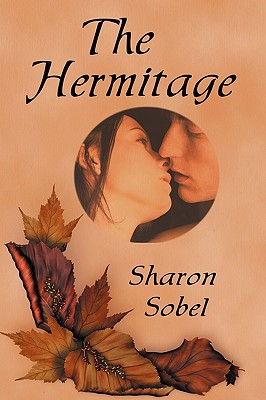 An unspeakable secret threatens to destroy the Earl of Westbridge's tranquil life, so he seeks refuge while he plots an honorable course of action. Disguised as Robbie Darkwood, he finds sanctuary as a living, breathing hermit on the newly acquired estate of Mr. George Gardiner. Mr. Gardiner's rules for his new hermit are simple: he is to be seen but not heard, and he is to provide a romantic presence to travelers by being spotted from afar. And, Mr. Gardiner warns, if his spirited daughter returns from London, the hermit must have nothing to do with her. The Earl readily agrees with his new employer's reasonable rules. After all, how hard can they be to uphold? Then Miss Laurel Gardiner returns from the London season disillusioned and wanting nothing more than the sanctuary of her secret library in her father's stone hermitage. When she finds her sacred space occupied by a handsome and enigmatic hermit, she decides to set aside her passion for reading and invest that energy in something infinitely more pleasurable-playing matchmaker to her father's hermit and her newfound and recently jilted friend in London. Despite his strenuous objections, the Earl of Westbridge soon finds himself embroiled in Laurel's plot to turn the hermit into a gentleman, and Laurel finds herself falling in love with the man she is grooming for another woman. Can the Earl and Laurel chart a course through the hazards of society, family, and their own forbidden desires? Or will the Earl's unspeakable secret destroy the fragile love growing between them?
Reviews from Goodreads.com