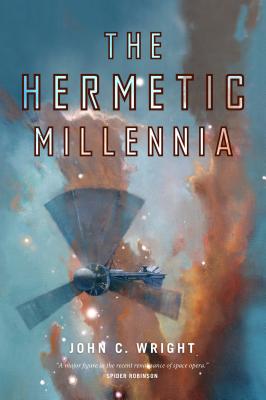 Continuing from Count to a Trillion, Menelaus Illation Montrose -- Texas gunslinger, idealist, and posthuman genius -- has gone into cryo-suspension following the discovery that, in 8,000 years, a powerful alien intelligence will reach Earth to assess humanity's value as slaves. Montrose intends to be alive to meet that threat, but he is awakened repeatedly throughout the centuries to confront the woes of an ever-changing and violent world, witnessing millennia of change compressed into a few years of subjective time. The result is a breathtaking vision of future history like nothing before imagined: sweeping, tumultuous, and evermore alien, as Montrose's immortal enemies and former shipmates from the starship Hermetic harness the forces of evolution and social engineering to continuously reshape the Earth in their image, seeking to create a version of man the approaching slavers will find worthy.
Reviews from Goodreads.com