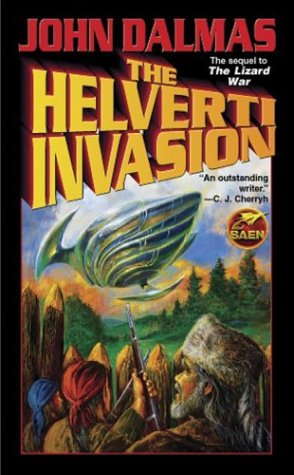 After a global war had crippled Earth's civilization, lizard-like aliens had thought they would have no trouble in moving in and taking over. That was a big mistake--secret galactic agents had been training the mystic warriors of Earth to defend themselves against just such a power grab. The alien sociopaths had expected the low-tech humans to be easy pickings, but instead they found they had stumbled into a buzz saw, and were soon driven off.

Luis Raoul DenUyl had been only a young recruit in the warrior brotherhood, but still played a pivotal role in what some called The Lizard War. Now, years later, he has just completed his training--and not a moment too soon. The Helverti, furry but definitely not cute aliens, were members of a cult that revered chaos and tried to spread it throughout the galaxy. To that end, they plan to plunge the different tribes of humanity into war. It's mystic warriors vs. alien technology--and the Earthlings are not as weak as they appear... .

Further Background:
On September 1, 1983, a South Korean airliner was shot down by a Soviet fighter plane, killing 269 people. At a point when Earth was already being studied by an advanced space civilization the resulting events gave rise to an alternate time line. Consequences of that singular event captured the attention of the alien's Cultural Oversight Bureau, and also, after a time, of some sociopathic chaos cults. It also gave rise to a Zen-like warrior brotherhood known as the Order of Saint Higuchi.
Reviews from Goodreads.com