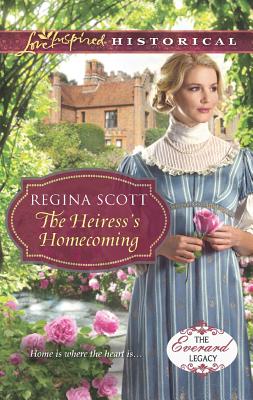 To keep her cherished childhood home, Samantha Everard must marry by her twenty-fifth birthday. Yet she refuses to marry on a whim, not even to save her fortune. When she returns to Dallsten Manor to say goodbye, the last person she expects to see is her handsome, disapproving neighbor William Wentworth, Earl of Kendrick.

Will is certain the scandalous Everard family is nothing but trouble. He shouldn't care about Samantha's predicament, but her feistiness and kindheartedness intrigue him-as does her refusal to wed. He wants to help, especially when he perceives the threat that surrounds her. Soon his greatest wish is to persuade Samantha that her true home is with him.
Reviews from Goodreads.com

The Heiress’s Homecoming by Regina Scott
Book 4: The Everard Legacy
This story takes place in 1813 in Cumberland, England. William Wentworth never planned on being Earl of Kendrick, he was a second son after all. The murder of his brother and the death of his father left him without a choice. It was time to return and be a father to his son as well. And then the night of his son’s seventeenth birthday party Will laid eyes on the most beautiful woman. A woman his son was besotted with.

Samantha, Lady Everard had many secrets in her life. One was about the murder of Will’s brother. A secret that had to be kept to protect so many people she loved. Her other secret was what would happen if she wasn’t married by her twenty-fifth birthday. Which she wouldn’t be. She knew that love and marriage was something she would never have in her life, no matter the other costs.

This is the fourth and last book in the series and I would suggest reading the previous books; The Rogue’s Reform, The Captain’s Courtship and The Rake’s Redemption to help understand Samantha’s past and her future. This story has the fear of the past holding the characters back from a joyful future. The fear of making the mistakes of those before them and who to trust, as people aren’t always who they seem to be. An exciting story line with characters who come alive. A series worth reading.
**Received through NetGalley for review
http://justjudysjumbles.blogspot.com/2012/10/regina-scott-book-list.html 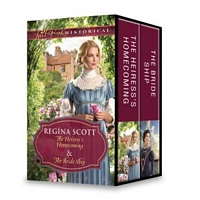