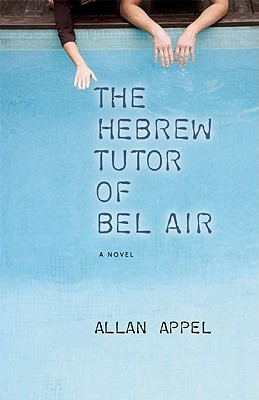 
In his application to become the spiritual leader of the King Solomon Motorcycle Club, Norman Plummer recalls the momentous events that shaped his life during one sultry Los Angeles summer.
Set in 1963—after the Cuban Missile Crisis, but before JFK’s assassination—Norman begins to prepare Bel Air heiress Bayla Adler for a bat mitzvah she doesn’t want. The studious teenage son of a ne’er-do-well gambler, Norman finds himself in a strange new world of trophy wives, pool boys, and plastic surgeons—a world where anything might be bought, except the cooperation of the beautiful Bayla.
Under threat of nuclear war and the gorgeous California sun, the two forge a tentative truce. They may not be learning Hebrew, but through the miracle of motorcycles and the epiphanies of the road, Bayla and Norman just might learn to shape their own destinies. And—for a few momentous hours—become a latter-day Bonnie and Clyde searching for a Reverse Jewish Nose Job in the City of Angels.
In an unforgettable story of lost innocence and found passion—of love and motorcycles—readers will be rooting for this unlikely couple and their bid to change the world.
Allan Appel’s previous novels include Club Revelation; High Holiday Sutra, a Barnes & Noble Discover Great New Writers selection; and The Rabbi of Casino Boulevard, a finalist for the National Jewish Book Award. A California native and longtime New Yorker, he now lives in Connecticut, where he is a reporter for The New Haven Independent. Visit his website at www.allanappel.com.