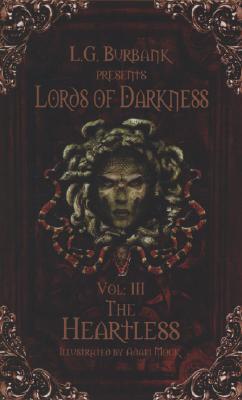 Mordred is dead. Again. This time, however, Death does not wish to give Mordred a second chance, and a heated debate ensues among the immortals over Mordreds ultimate fate. As his companions search for a way to bring the savior of mankind back to the earthly realm, Mordred wanders through the mysterious plane of the afterlife. And what he learns changes his view of his once-mortal being forever.Because Mordred was never merely a man. His parents were not who he thought they were. The last vestiges of humanity he had clung to are obliterated. And when Mordred finally wins his release from Death it is without his heart, which the ruler of the underworld keeps as insurance against a third escape from fate. When Mordred returns to the mortal kingdom, therefore, it is without the capacity to love.A darker, more forbidding Mordred now faces Yseult, another Vampyre calling herself king, bowing to no man. But desiring Mordred. Preferring he remain with her rather than complete his crusade to save mankind, Yseult sets out to seduce and destroy what goodness remains in Mordreds soul. Mordreds path grows more tortuous, and mankinds future more tenuous as the Chosen One grapples with historys events and the Vampyre Yseultand Death holds his heart in his hand
Reviews from Goodreads.com