The Heart of a Killer — Jaci Burton 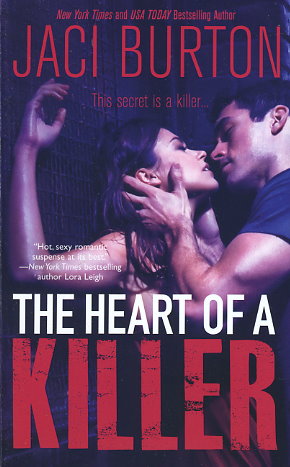 No one said coming home would be easy. But for Dante Renaldi, it's murder.

Before the Special Forces hero has even unpacked his bags from twelve years of active duty, he's embroiled in murder -- corpses bearing the brutal trademark he's seen only once before -- on the worst night of his life.

The last time Detective Anna Pallino saw Dante Renaldi, they were in love. Now, he's part of the connection to a string of fresh homicides and a horrible assault Anna only survived thanks to him.

More than anything, Anna wants to trust Dante. But as the bodies and the coincidences stack up, Anna will have to decide, and fast: Is the man she owes her life to the very same one who wants her dead?
Reviews from Goodreads.com