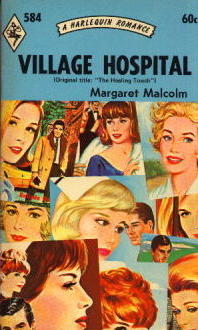 Trained as a masseuse at a famous old hospital, Elizabeth Vereker carried the healing of her hands to an isolated village hospital in Cumberland.

But to Christopher Sellerby, whose word was law in Amnersdale, she brought healing of another sort. An unfortunate love affair had so embittered him that he believed all women were false. Slowly, almost against his will, he learned not only to trust but to love Elizabeth, Yet, believing himself to be the sort of man who cannot hold a woman's love, he made no attempt to hinder her engagement to his gay, gallant young brother, Robin. But Christopher and Elizabeth were so obviously made for one another thatit was not surprising that Fate, in the form of a mining disaster, should bring them together.
Reviews from Goodreads.com