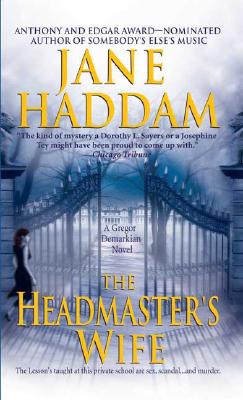 Windsor Academy ranks as one of the best New England prep schools money can buy. From its Gothic arches to its ethnic diversity, it looks picture perfect...as long as nobody notices that the headmaster's wife has a student lover and drugs are as available as candy. And when freshman Mark DeAvecca looks out a faux medieval window and sees a body across the campus, he wonders if he's hallucinating especially when no corpse is found. Since everyone thinks that Mark is a druggie, they all ignore him--until he returns to his dorm room to discover his roommate dead, hanged by the neck from the ceiling.

Desperate, Mark calls his mother's friend Gregor Demarkian, former FBI agent and the one person Mark knows will listen. Demarkian is world-weary and ready to retire from his investigative career, yet he can't turn down a plea from a scared kid. And it doesn't take long before Gregor knows something is very wrong at Windsor Academy...something like manipulation, dirty tricks...and murder.
Reviews from Goodreads.com