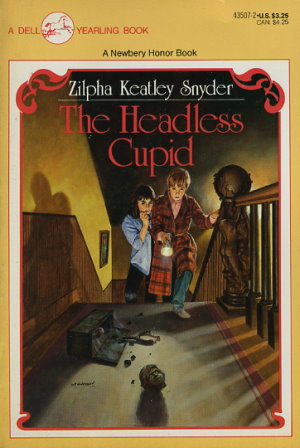 When the four Stanley children meet Amanda, their new stepsister, they're amazed to learn that she studies witchcraft. They're stunned to see her dressed in a strange costume, carrying a pet crow, and surrounded by a pile of books about the supernatural.

It's not long before Amanda promises to give witchcraft lessons to David, Janie, and the twins. But that's when strange things start happening in their old house. David suspects Amanda of causing mischief, until they learn that the house really was haunted a long time ago.

Legend has it that a ghost cut the head off a wooden cupid on the stairway. Has the ghost returned to strike again?
Reviews from Goodreads.com