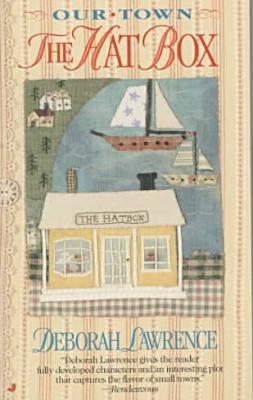 Share:
Rescued after a shipwreck by gentle stranger Kent Hogarth, Emma Townsend wins the heart of the lonely drifter, who remains in Pelican Cove during her recuperation and questions his life of solitude.

Kent Hogarth was a drifter by nature, a jack of all trades, and en route to Pelican Cove, California, when he came upon the shipwrecked schooner, Julianna. As he searched for survivors, he discovered Emma Townsend pinned beneath a man on deck. Emma thought she was content running her shop, The Hat Box, until Kent's gentle teasing won a place in her heart, and she discovered that love wasn't beyond her reach. Kent always moved on when his work was done, but he had found a reason to stay in Pelican Cove at least for a while.