The Harbor of His Arms — Lynn Bulock 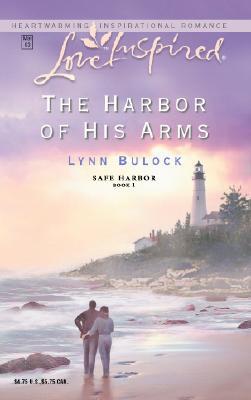 Ever since Holly Douglas's husband had been killed, she and her twin sons had lived on borrowed time. Now her husband's killer was back on the streets -- and investigator Alex Wilkins was the only man she could count on to protect her. Accustomed to burning the candle at both ends, Holly soon found her burden eased by Alex. But as she began to let him into her life -- and her heart -- his piercing eyes soon saw more than she intended as he unmasked her most closely guarded secret. A secret at odds with her strong faith. And Holly was praying to God for the strength to trust in the newfound love she'd found in the harbor of Alex's embrace.
Reviews from Goodreads.com

Oh, what a sweetheart that Alex was! He came to take care of Holly and took her into his arms. I actually CRIED in this book when he left! Then I cried when he came back. Such a GREAT story!

The story surrounding Holly's past is told beautifully. I like the way her husband's last thoughts were revealed by his killer, and I liked Holly's response. I don't think I would have been as calm in her position. When Alex showed up in Safe Harbor, he never planned to get so attached. But when he started taking care of Holly - teaching her safety measures and paying for her food, etc. I never wanted him to leave!

This was a GREAT book! The romance, his leaving, his return, and everything else...well, I wouldn't change a thing!