The Happiest Day of Your Life — Heather Swain 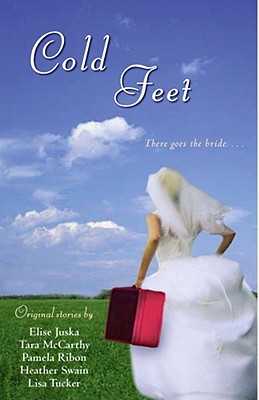 Say "I do" to five surprising stories of women grappling with love and marriage and whether to walk down the aisle or run away.
In Elise Juska's "Perfect Weather for Driving," Megan and Joel's sunset fender-bender makes for a great drunken story at his friend's wedding, but the reality is hardly romantic. Stuck in a New England hotel waiting for the verdict on their Volvo, the two are forced to take stock of their own damaged relationship -- and whether it's too late to fix it.

In Tara McCarthy's "Losing California," engaged surfer Alison is convinced that Michael Madsen -- a member of her favorite band -- is her soul mate. Unfortunately, he's not her fiance. So Alison flies to Nova Scotia, where Michael lives, because she's either right or she's wrong -- and she better find out before the wedding.

The bride-to-be in Pamela Ribon's "Sara King Goes Bad" has always done the right thing but decides it's important to know what it feels like to be reckless for once. And so two weeks before her wedding, she indulges in an unforgettable night of sex, drugs, and petty crime.

In Heather Swain's "The Happiest Day of Your Life," Annie and Ben plan a simple ceremony at an apple orchard. But when Annie loses perspective -- and everything that can go wrong does -- she's forced to rethink why she wanted a wedding in the first place.

The "Emily & Jules" of Lisa Tucker's story are two lonely people who meet on an online bulletin board for agoraphobics. But when Emily is invited to her estranged brother's wedding -- and it's clear across the country -- both she and Jules may be forced to change their ways.


Will any of these heroines get to the church on time? Cozy up with Cold Feet and find out.
Reviews from Goodreads.com