The Hall of the Mountain King — Judith Tarr 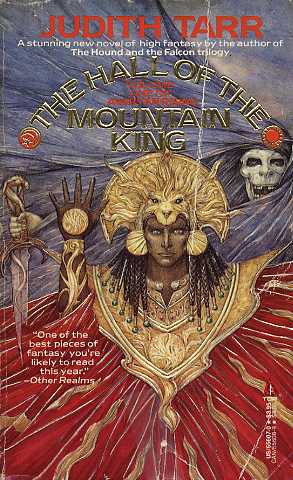 The Kingdom of [anon was without an heir until the arrival of the young wandering priest with the look of the departed princess in his face and the disk of the sun in his palm. Mirain announced he was the son of the princess and the Sun-God Avaryan himself--and thus heir to the throne and a god incarnate.

It was a large claim for a small man. And before he could possess his kingdom he would have to displace the bastard Prince Moranden, win the loyalty of his squire, Vadin alVadin, and subdue the rebellion. But the greatest battle of all would be with the one who would not be seen, the dark goddess Uveryen, who sought to quench the Sun-God's fire and seize his dominion for her own.
Reviews from Goodreads.com