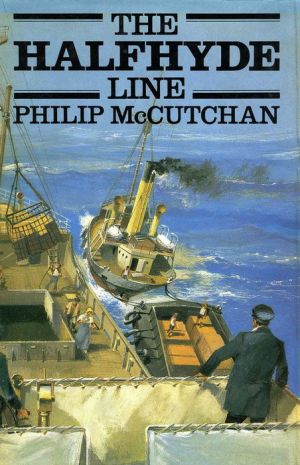 St. Vincent Halfhyde, now out of Queen Victoria's navy, and attempting to earn his living in the merchant service as master and owner of the elderly steamship Taronga Park, is on passage from Sydney, Australia, to Queenstown in the south of Ireland. If Halfhyde thought that leaving the navy means leading a quiet life, he was wrong. While in the Pacific, his ship is taken over by the man from whom he obtained his cargo -- Porteous Higgins, ably assisted by a number of Halfhyde's own crew. Halfhyde suddenly learns that the ships cargo -- supposedly machine parts -- turns out to be something more sinister.

After the murder of his chief engineer and the clandestine landing of his chief officer in the Chilean part of Puerto Montt -- in the hope that a warning can be conveyed to the authorities -- Halfhyde completes the voyage to Ireland under Higgins' orders, and enters Cork harbor. But the British naval authorities fail to react in time, and Higgins with his deadly cargo.

Halfhyde, however, is thirsting for revenge, and eager to thwart Higgins' schemes. He sets out with loyal members to discover a brutal welcome in the wild territory of Connemara.
Reviews from Goodreads.com