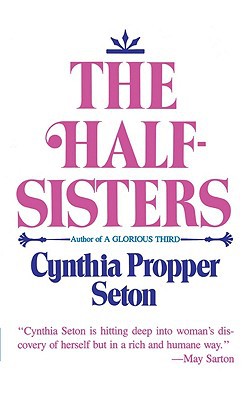 
“Mrs. Seton’s book has an unflinching with and seriousness and a sustained and subtle intelligence. And it has an idea―half-sisterhood―which may indeed be emblematic of the present state of relations among many women, whether blood sisters or not.” ―Lucy Rosenthal, Ms. “A flawless novel of manners, women and love. . . .Not only consistently entertaining but a valid and incisive picture of how married women of that in-between generation―in their forties now, too young to have known the high-kicking ’20s, too old to be part of the ’60s revolt―are coming to terms with the new feminism. In this fine second novel, Cynthia Propper Seton seems on her way to becoming an American Doris Lessing―that mistress of self-exploring fiction―only softer voiced, less heavy-handed. . .the two of them half-sisters, you might say.” ―Mary Ellin Barrett, Cosmopolitan