The Habitation of the Blessed — Catherynne M. Valente 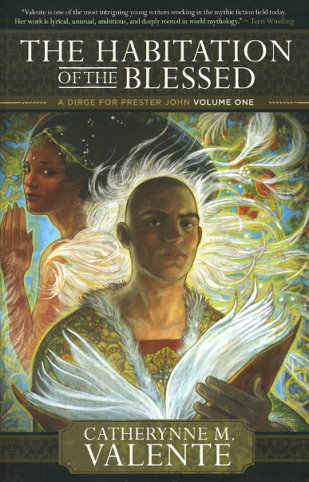 This is the story of a place that never was: the kingdom of Prester John, the utopia described by an anonymous, twelfth-century document which captured the imagination of the medieval world and drove hundreds of lost souls to seek out its secrets, inspiring explorers, missionaries, and kings for centuries. But what if it were all true? What if there was such a place, and a poor, broken priest once stumbled past its borders, discovering, not a Christian paradise, but a country where everything is possible, immortality is easily had, and the Western world is nothing but a dim and distant dream?

Brother Hiob of Luzerne, on missionary work in the Himalayan wilderness on the eve of the eighteenth century, discovers a village guarding a miraculous tree whose branches sprout books instead of fruit. These strange books chronicle the history of the kingdom of Prester John, and Hiob becomes obsessed with the tales they tell. The Habitation of the Blessed recounts the fragmented narratives found within these living volumes, revealing the life of a priest named John, and his rise to power in this country of impossible richness. John's tale weaves together with the confessions of his wife Hagia, a blemmye--a headless creature who carried her face on her chest--as well as the tender, jeweled nursery stories of Imtithal, nanny to the royal family. Hugo and World Fantasy award nominee Catherynne M. Valente reimagines the legends of Prester John in this stunning tour de force.
Reviews from Goodreads.com 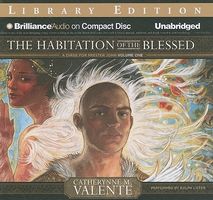 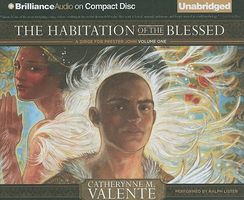