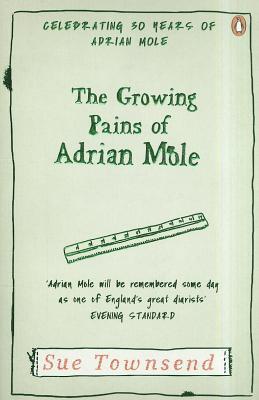 Sunday July 18th
My father announced at breakfast that he is going to have a vasectomy. I pushed my sausages away untouched.

In this second instalment of teenager Adrian Mole's diaries, the Mole family is in crisis and the country is beating the drum of war. While his parents have reconciled after both embarked on disastrous affairs, Adrian is shocked to learn of his mother's pregnancy.

And even though at the mercy of his rampant hormones and the fickle whims of the divine Pandora, a victim of a broken home and his own tortured (though unrecognised) genius, Adrian continues valiantly to chronicle the pains and pleasures of a misspent adolescence.
________

'Funny, moving and a poke in the eye for adult morality' Sunday Express

'Written with great verve, and showing an uncanny understanding of the young, Sue Townsend holds the balance between innocence and precocity and the result is both hilarious and salutary' Daily Telegraph

'Life's no fun for an adolescent intellectual. For the reader it's a hoot' New Statesman