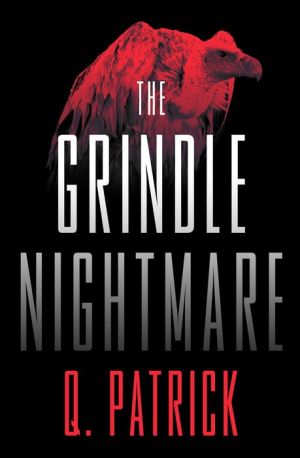 
Murder strikes a New England village in this mystery by the Edgar Award–winning author who wrote the Peter Duluth Mysteries as Patrick Quentin.

It begins with the residents of a rustic New England village finding animals brutally slaughtered over a period of weeks, casting a sinister pall over the town of Grindle Oak.

Then, a young girl goes missing, and her father—not trusting the police—asks local doctor Douglas Swanson to help him find her. But when Swanson turns up to begin the search, he finds the man dead with his hands bound in animal traps and his body mutilated. It appears the madman behind the abominable acts has moved on to more evolved prey.

As more depraved crimes are discovered, a wave of suspicion and distrust sweeps through the town, with outright vigilantism threatening to break out. The good doctor finds himself cast as an unlikely sleuth who must discover what demented desires are driving a killer whose bloodlust is growing greater every day . . .

This haunting mystery “maintains the suspense and atmosphere of terror to the very end” (The New York Times).