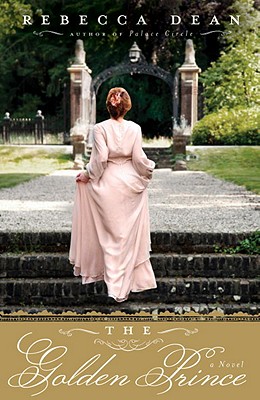 Share:
An irresistible tale of scandal and star-crossed love

It's 1912, and seventeen-year-old Prince Edward, England's Golden Prince of Wales, is feeling the burden of his position. As heir to the greatest throne in the world, he hates the constrictions and superficial demands of his royal life. His father, King George, is a harsh disciplinarian, and his mother, Queen Mary, is reserved and cold. Other than his siblings, he has no friends and despairs at his isolation and loneliness.

However, when unexpected circumstances bring him to Snowberry Manor, home of the four Houghton sisters, his life suddenly seems more interesting. As he secretly spends more time with Lily, the youngest of the girls, he finds himself falling hopelessly in love.

But Lily is not royal, and a thousand years of precedent insist that future Queens of England are of royal blood. Worse, King George reveals he already has a princess in line for Edward to marry. Will the strength of their love be enough or will destiny tear them apart?

Grounded in rich historical detail and research and brimming with delicious drama and the sweet promise of first love, The Golden Prince is a wildly entertaining novel that will mesmerize readers and leave them begging for more.