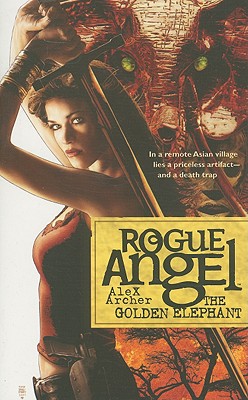 After risking her life to uncover a Chinese imperial seal, only to have it stolen by a cunning tomb robber, archaeologist Annja Creed feels she has endured one treasure-hunting fiasco too many. But when a mysterious collector offers a reward for a priceless golden elephant, Annja gives in. After all, there are bills to be paid, adventures to be had.

The artifact is said to be hidden in a vast and ancient temple complex in the mountainous jungles of Southeast Asia, and Annja must meet with various scholars in order to pinpoint its location. But when each expert she visits is found dead, Annja fears someone else is after the artifact.

And her. And she's probably next on the killer's list.
Reviews from Goodreads.com