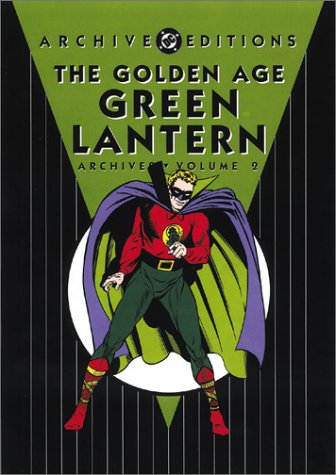 Alan Scott was the original ring-wielding super-hero known as the Green Lantern. A member of the Justice Society of America during the World War II era, the caped adventurer used his emerald weapon against an amazing assortment of domestic, international, and alien threats. In this beautiful volume of classic Green Lantern tales, Alan Scott exposes an auto-race fixing scheme, clears the son of a policeman framed for murder, discovers corruption in a city orphanage, takes down embezzling contractors, faces off against the city's most powerful gangster, and battles the evil genius of Professor Casper.
Reviews from Goodreads.com