The Girl in the Arena — Lise Haines 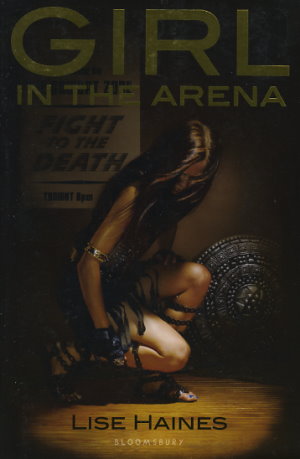 
THE FANS ALL WENT WILD.
So did the paparazzi. But her father wound up dead, killed in the arena on one of the biggest fight nights of the year. And by gladiator rules, Lyn is forced to marry her father's killer. Unless she fights him herself .. .

ONE NIGHT ONLY!
FIGHT TO THE DEATH!