The Girl from Her Mirror — Becki Willis 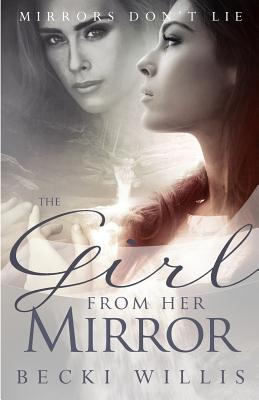 
A good deed gone dangerously wrong…. Kindred spirits Makenna Reagan and Kenzie Reese have been best friends since college. There is nothing one would not do for the other. So when a car wreck lands Kenzie in the hospital, Makenna agrees to pose as her friend on a photo assignment for Now Magazine. Skeptical at first, she is quickly enchanted by the beautiful White Mountains and a captivating man she meets on the plane. This crazy scheme just might work! But impersonating her friend comes at a price. A car tries to run her off the road… a stranger delivers cryptic messages for ‘her father’… an armed assailant follows her. Almost kidnapped, Makenna realizes her dearest friend has dark secrets in her past. Long before learning of the Mafia’s involvement, Makenna knows they are both in serious trouble. No one is who they claim to be -- not Kenzie, not the handsome and charming Hardin Kaczmarek, not the odd couple who has befriended her, not even Makenna herself! Determined to protect her friend at all costs and get back home to Texas, Makenna knows trusting the wrong person could prove fatal. Interwoven with mystery and intrigue, this powerful story of friendship, love, and belonging is the first book of the Mirrors Don’t Lie series.