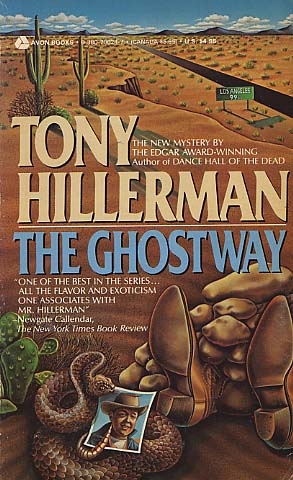 Old Joseph Joe witnessed the shoot-out between two strangers at the Shiprock Wash-O-Mat. One died. The other drove off into the dry lands of the Big Reservation. But not before he had given Old Joe a look at a Polaroid of the man he was searching for. The old Navajo couldn't tell Tribal Policeman Jim Chee what was written on the photo. He didn't read the white man's words.

But Chee had enough to send him after a killer. The trail led to an Indian hogan infected by a corpse, a ghost kept from its journey into the underworld, and an odyssey of murder and revenge that stretched from the desert to the dark underbelly of Los Angeles ... and a healing ceremonial where the cure may turn out to be death.