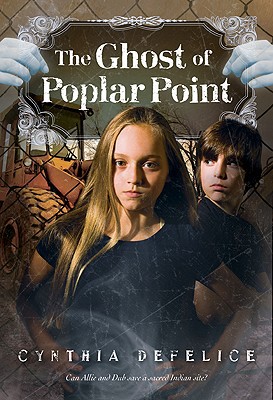 Allie Nichols, "Ghost Magnet," has only just finished sixth grade, but already she's grappled with her fair share of adventure: three ghosts have sought her help in less than two months. Now that summer has finally arrived, Allie is ready for a break. Too bad ghosts don't know about summer vacation. When a new spirit causes Allie to babble incomprehensibly at rehearsals for her town's first pageant, she and her best friend, Dub, know they have another ghostly mystery to solve. But why does the ghost seem so interested in the pageant, which portrays the relationship between the area's early European settlers and the local Seneca Indians? And could its manifestation have anything to do with the rich girl who just came to town with her family?
In the fourth fascinating ghost book by Cynthia DeFelice, Allie and Dub uncover a centuries-old secret―the destruction of a Seneca village at Poplar Point―and come up with a plan to share it.
Reviews from Goodreads.com