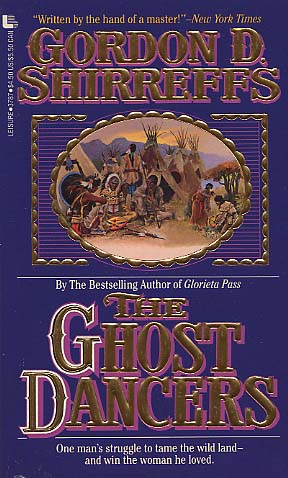 Share:
IN THE UNFORGIVING. ARIZONA DESERT, ONE MAN FOUGHT TO SAVE A DYING TRIBE AND A COURAGEOUS WOMAN.

With a viciousness uncommon even for the lawless land, the raiders looked and killed just like Apaches. They were really a notorious band of Mexican outlaws who hunted scalps for bounty, unaware that their deadly spree had earned them a powerful enemy.

An admirer of the Apaches' mystical beliefs, healing skills, and fighting spirit, Major Alec Kershaw wasn't about to see them annihilated. Prepared to battle to the death, Kershaw won two unlikely allies: Baishan, a chieftain with magical ways, and Anne Sinclair, the beautiful settler who'd stolen his heart.

In the final showdown, Alec had nothing but a steady gun to protect him and a sure hand to guide him. If they weren't enough, the people he respected, the woman he desired, and the land he protected would fall victim to the bloodthirsty hordes determined to destroy them.