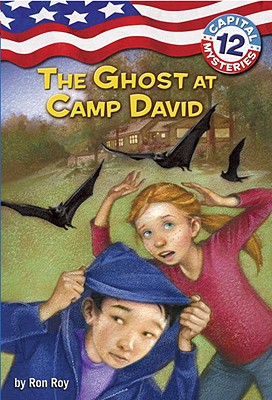 Legend says that on each dead president's birthday, his ghost haunts the grounds of the remote retreat Camp David. But KC and Marshall aren't worried, even though they will be there on October 14, President Eisenhower's birthday. That is, they aren't worried until strange things start happening. How did a bat get trapped in their cabin? Why is there blood-red dirt in the trunk by the couch? And what is making the weird thumping noise underground? It's not Eisenhower's ghost . . . is it?