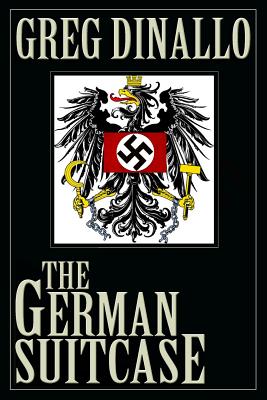 Greg Dinallo’s previous novels, Rockets’ Red Glare, Touched by Fire, Purpose of Evasion, Final Answers, and Red Ink have earned him the title of “suspense pro” from the Chicago Tribune; the New York Times heralded his “sharp insight into character,” proclaiming, “Mr. Dinallo makes us believe.” Now, Dinallo brings us a novel of suspense and intrigue that is part World War II thriller and part modern-day mystery.A vintage suitcase is pulled from the trash by a young New York advertising executive brainstorming a campaign on her way to work. The account is Steinbach Luggage, the German answer to Louis Vuitton and Hermes. There is only one problem with the vintage bag―like Steinbach’s CEO, it is a Holocaust survivor, as evidenced by the name and other personal data painted on it. The suitcase is hallowed memorabilia, and no one dares open it until it is determined if the owner is still alive. The Holocaust survivor turns out to be an eighty-nine-year-old member of New York’s Jewish aristocracy, a prominent philanthropist and surgeon. When he gives his consent, the documents inside the suitcase pique the interest of a New York Times reporter, whose investigation begins to unravel a devastating secret that has been locked away since the day Dachau was liberated.The German Suitcase is a unique World War II thriller focusing on the Nazi doctors who were conscripted by the Secret Service and given the task of carrying out Hitler’s Final Solution. The author delves deeply into questions that have been asked ever since the war ended. What is a war crime? What is guilt? How is justice best served? The book questions the very nature of identity and ultimately asks if a lifetime of good deeds can make up for past acts of evil.The German Suitcase is a fascinating tale of survival of the human spirit against overwhelming odds and wrenching moral ambiguity.
Reviews from Goodreads.com