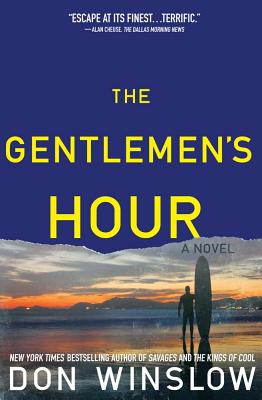 Laid back, ultra -- California cool, the former cop turned PI begins each day with the Dawn Patrol, a close-knit group of surfers, best friends who not only ride waves together but have one another's backs out of the water. It's the life Boone loves, all he wants. To him, "There's no such thing as a bad day at the beach." So when one of their own is murdered -- especially an icon like Kelly Kuhio, a local hero -- and another surfer, a young punk from the Rockpile Crew, stands accused, the small world of Pacific Beach is rocked to its core.

Boone knows he can no longer ignore the painful truth that violence is seeping into the surfing community. But when he agrees to help the defense, the outrage he courts from the community, and the Dawn Patrol, is more than he ever anticipated. He's risking losing the relationships that define his life -- just when he needs them most.

As Boone digs deeper into San Diego's murkier side, delving into places the city's reputationconscious establishment would rather he left alone, it becomes clear that more than a murder case is at stake. He soon finds himself out there alone, struggling to stay afloat as the waves get rougher and rougher . . . and more deadly. It's The Gentlemen's Hour -- and it could be Boone's last.