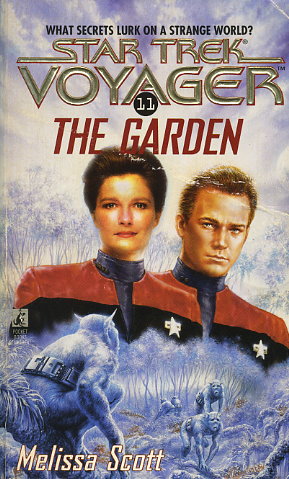 Share:
Desperately in need of vital nutritional supplies, the crew of the U.S.S. Voyager must risk dealing with an enigmatic race known as the Kirse, legendary for the bountiful crops of their world -- and for their secretive ways. Despite Néelix's warnings, Captain Janeway leads an Away Team to the Kirse homeworld.

But when the hostile Andirrim attack the Kirse, Janeway finds herself caught in a deadly situation. Forced to fight alongside the Kirse, Janeway and her crew can only hope that their strange, new allies are not more dangerous than their common foe.