The Game of Luck — Catherine Cerveny 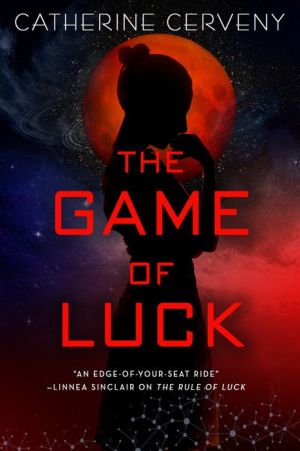 Share:
A Brazilian tarot card reader and a Russian crime lord try to restore peace to the galaxy in this steamy science fiction adventure--the conclusion to the exciting series that began with The Rule of Luck.

The perfect society One Gov engineered from Earth's ashes is beginning to crumble. As social unrest and dissatisfaction spread throughout the tri-system, One Gov struggles to maintain order, and a single misstep could see civilization spiraling into chaos.

During this dark time, Felicia Sevigny is eager to use her card-reading ability and new position with One Gov to help restore peace. But she soon learns that the game of politics is a dangerous one, and being married to Alexei Petriv, head of the Tsarist Consortium and One Gov's biggest rival, is not necessarily a hand in her favor.

When members of her family begin to disappear, the stakes skyrocket. There are those who would stop at nothing for the chance to exploit Felicia's luck gene to seize power all over the tri-system. And as the threat of revolution seems imminent, it may be that this time, nothing will be enough to keep Felicia and everyone she loves safe-not even luck.