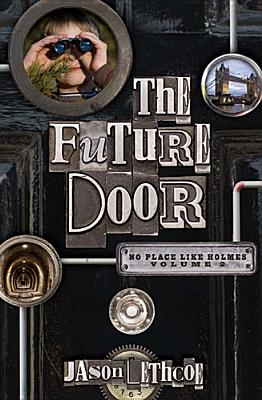 Share:
A mystery is afoot at 221 Baker Street, but will Griffin Sharpe be able to figure out the clues before the future catches up with the past?

When Sherlock Holmes moves out of Baker Street, a new tenant moves in-a mysterious woman named Elizabeth who has long been a fan of Holmes. When she discovers that Griffin and his uncle are also detectives, she becomes very friendly. So when Elizabeth goes missing along with a special invention, Griffin sets out to rescue her. But finding Elizabeth will take them on a race against the clock that bends time itself!