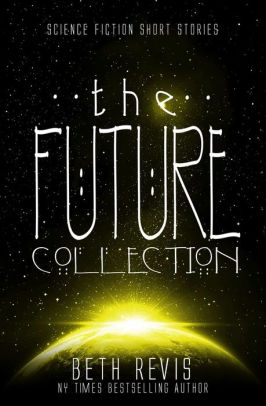 DOCTOR-PATIENT CONFIDENTIALITY: A young woman wakes up in a cryomed ward of a hospital. As she recalls what led to her confinement, she starts to realize just what the consequences of her actions were, and how much time has passed since she was injured.

THE MOST PRECIOUS MEMORY: In a world where memories can be bought and sold as highly addictive drugs, one transaction takes an unusual turn. *Note*: this story was previously published in the Soothe The Savage Beast anthology.

THE GIRL AND THE MACHINE: A man has limited abilities to travel through time, but a cute girl pops up in his life, informing him that her time machine can open the door to far greater powers. But there's something ominous about it... *Note*: This story is available as an individual short in Amazon.

LAG: A reporter had been chasing down a lead...but after a malfunction in the teleporter she used, she's forgotten what the lead was. Now she's searching for clues in her own life to discover what it was she's missing.

THE TURING TEST: A college student participates in a turing test to see if she can distinguish which of the two subjects is human and which is an android. *Note:* A version of this story is a part of the Special Edition of THE BODY ELECTRIC novel and was previously published in Lightspeed Magazine.

AS THEY SLIP AWAY: A group of artists on a generation space ship that reviles art is given a unique assignment, one that draws one young lady far too close to a possessive man protected by the ship's government. *Note:* This short story is available free online and is linked to the ACROSS THE UNIVERSE world.

Also included in this collection are end notes, describing the inspiration behind each short story and hidden clues and allusions to sci fi classics.