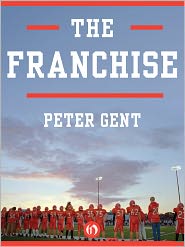 Share:
A corrupt football team fights to become the sport’s dominant franchiseThe Texas Pistols never should have been. The league had no business awarding a team to dying Park City, but it only took a little pressure—financial and otherwise—to bring the expansion franchise to town. At first, they’re worthless, playing in an empty stadium for slack-jawed fans, but the owners have a plan. Five years to financial security. Five years to complete domination of the sport. Five years to the Super Bowl. And it starts with Taylor Rusk. But Rusk, the finest college quarterback of his generation, is no fool, and he realizes quickly that all is not honest in Park City. He doesn’t want to stop the corruption; he wants a piece of it, and for a price he will lead his new team to glory. In Texas, football is life. But in Park City, it can mean death, too.