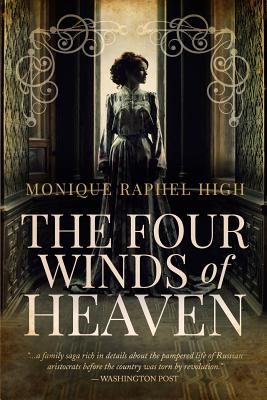 Share:
WINDS OF LOVE
The Gunzburgs -- Imperial Russia's foremost Jewish family, a banking dynasty raised to the nobility, cocooned in a world of Faberge jewels and fabulous estates, united by blood and heritage, pulled asunder by clashing dreams.

WINDS OF PASSION
Baroness Sonia -- the most beautiful Gunzburg, a woman men were willing to die for, torn between duty to her family and love for the handsome son of their deadliest enemy.

WINDS OF CHANGE
Against the gathering storm of war and revolution, they would struggle to survive in a collapsing world of violence and loss, heartbreak and betrayal.

WINDS OF DESTINY
Cast adrift in a turbulent era, Sonia would lead her family into bitter exile. But out of the ruins they will build a bold new life and a soaring monument to triumphant love in a brave new land.

THE FOUR WINDS OF HEAVEN