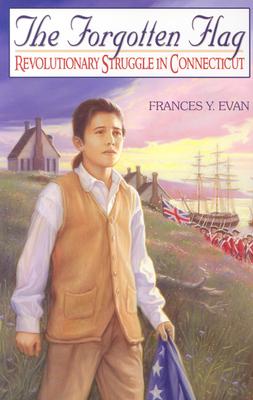 In 1964 two young girls make a mysterious discovery. An old, stained American flag is found stuffed into the rafters of a historic farmhouse. The story of the flag is revealed as the events of July 1779 in the small town of Fairfield, Connecticut, unfold. The town becomes the target of a shoreline raid by British forces. The British intend to break the morale and spirit of the American patriots. The members of the Middleton family exhibit great determination and courage resisting the British raid on their town. Thomas, a member of the local militia, carries with him a flag, the precious symbol of a proud new nation. Ben tries to protect his mother from approaching danger, as Sarah Middleton resolves to save her home and valuables from pillaging soldiers.
When Fairfield is pillaged and burned, Thomas must flee to safety, with help from his brother Ben. Pursued by the enemy, they struggle desperately through woods, across fields, into thickets and gullies. The Forgotten Flag is the story of the townsfolk of this small community as they stand against the British.
Reviews from Goodreads.com