The Forge of Mars — Bruce Balfour 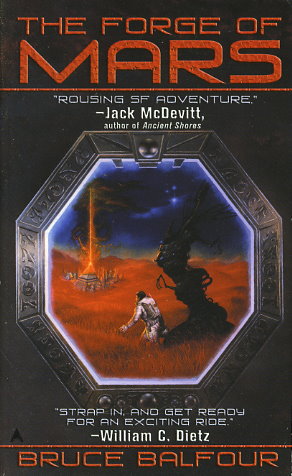 Share:
A NASA team has discovered alien ruins buried in the canyons of Mars, at the site called Vulcan's Forge. The first man who touched them died, making them very, very interesting. NASA needs to figure out who left them, and what they might mean to Earth exploration.

Tau Wolfsinger is the NASA researcher to do that. Brilliant and intuitive, he's as much an outsider at the agency as he has been everywhere, all his life. Nobody likes using him, but he's the best.

What Tau doesn't know is that the Mars ruins aren't the first of their kind. The others are in the hands of the Davos Group, a shadowy international organization whose members have been hiding similar artifacts for decades, trying to unlock their secrets. Tau has sworn that his talents will not be put to military use, but dangerous people are watching him now, and they do not intend to be stopped.