The Flight of the Falcon — Daphne Du Maurier 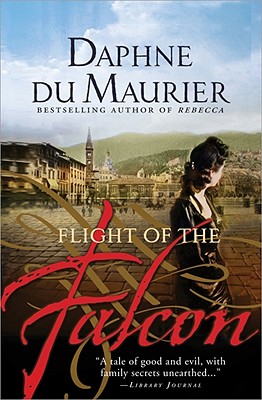 Share:
As a young Italian courier for Sunshine Tours, Armino Fabbio led a pleasant, if humdrum life -- until he became circumstantially involved in the murder of an old peasant woman in Rome, a woman who had suddenly and startlingly reminded Armino of someone in his past.

In a reluctant, compulsive quest for the victim's identity, Armino returns to his native Ruffano, the town in the hills of Italy that be had left 25 years before as a boy unwillingly caught up in the ebb of the retreating German army.

Once home -- and unrecognized -- Armino begins to feel that his beloved birthplace is haunted ... by the phantom of his adored older brother who had been shot down in flames in '40', and by the sinister presence of the demoniacal Duke Claudio, who five hundred years before had preyed on the people of Ruffano and become known as The Falcon.